Concerns have existed since the 1950s that natural-resource-based economies would be disadvantaged in their quest of economic advancement. This became known as the resource curse. The resource curse phenomenon is used to characterise the worsened economic performance in resource-rich countries compared to resource-poor countries.

The Dutch Disease effect is an economic explanation for the natural resource curse. The term ‘Dutch Disease’ refers to a macroeconomic process in which a natural resource shock causes the real exchange rate to appreciate, resulting in a reallocation of production factors and deindustrialisation. In the case of the Netherlands, the country’s natural gas boom resulted in a currency appreciation, making Dutch exports more expensive abroad and led to the decline of the manufacturing sector.

Governments tend to close their trade policies to combat some of the effects of the Dutch Disease. Protective trade policies are counter-productive because they stifle competition, making the economy less flexible and susceptible to a recession. Sudden drops in commodity prices, such as those experienced by the global economy from 1973 to 1985, can cause such growth collapses. They harmed resource-abundant nations where governments had exacerbated the effects of Dutch Disease by expending their natural resource revenues too quickly. The economic explanation of the resource curse has an important shortcoming, that is, it suggests a direct link between the abundance of natural resources and poor economic performance. But, resource-rich Botswana, Malaysia, Indonesia and Norway among others are anomalies that experienced rapid per capita GDP growth. These cases show that the institutional and political explanations are pivotal in determining whether natural resources are a blessing or a curse.

Another popular explanation of the natural resource curse is rent-seeking behaviour. In rent-seeking models, natural resource wealth is treated as economic rents that can be dissipated. Economic rents occur when the value of a resource exceeds the costs of bringing it into production. In the political economy paradigm, rent-seeking occurs when economic agents attempt to grab or increase their share of current wealth without boosting productivity. This kind of behaviour results in decreased economic efficiency, rising income inequalities, and poor economic performance through the poor allocation of resources.

In developing nations, rents are often dissipated through corruption, bureaucratic inefficiency and policies that support special interest groups. Patronage may be used to convince such resource-rich administrators to remain in power by paying off supporters. As a result of these concerns, there is less accountability and a poor allocation of public funds. To minimise the harmful effects of rent-seeking behaviour, institutions or coordinated actions of power groups are required.

Institutions refer to the formal rules governing political and economic exchange. The quality of institutions determines how the resource rents are distributed. In the distribution of rents, some countries have institutional arrangements that reward producers, while others have institutions that favor unproductive grabbers. As a result of resource abundance, poor institutional arrangements divert scarce entrepreneurial resources out of production and into unproductive activities. The features of such institutions (grabber-friendly) are malfunctioning bureaucracy, high risk of expropriation and corruption in the government. On the other hand, countries with producer-friendly institutions attract entrepreneurs into production, causing an increase in economic prosperity. Good economic performance is due to good institutions. For instance, Norway is one of the least corrupt countries in the world and it has many favourable productive enterprises. Today, Norway has transitioned to become one of the richest countries in Europe due to its vast natural resources. In contrast, the poor economic performance following significant oil windfalls in countries like Venezuela and Nigeria is due to their dysfunctional institutions that promote grabbing.

From the moment resource-revenue windfalls arise, the negative economic impacts of the Dutch disease are unavoidable. Resource-rich countries should gather income-producing foreign assets to prevent the real exchange rate from appreciating. This will help to sterilise the local economy from the inflows created by the natural resource sector. In addition, resource-abundant countries can smooth out their spending during the boom periods and avoid borrowing during bust periods by accumulating budget surpluses and avoiding large-scale foreign debt. When combined, these policies protect the domestic economy from the volatility in commodity revenues and maintain fiscal stability. Resource-rich countries are also encouraged to invest their windfalls in economic diversification to prevent the booming export sector and the non-traded goods sector from crowding out the non-booming export sectors. Consequently, these countries will be able to protect their economies from market-volatility-induced shocks.

Botswana is one of the few developing countries to have successfully combated the Dutch disease phenomenon. Botswana was able to do this because it developed sound economic policies and managed its resource windfalls effectively. Two key goals guided the economic policies implemented: minimising foreign debt levels and stabilising economic development on one hand, and increasing economic diversification on the other. Botswana's government achieved these goals by avoiding excessive increases in spending during boom times, accumulating international reserves, and running budget surpluses during lean times. This allowed the government to maintain its spending levels throughout downturns, which helped to keep inflation at bay. In addition, the accumulation of international reserves largely allowed the government to manage the nominal exchange rate; thereby avoiding the real appreciation of the local currency. By preventing the appreciation of its local currency, other tradeable goods gained competitiveness on the world market and so, economic diversification was promoted. Venezuela has been suffering from the natural resource curse due to its distorted policies. During its oil boom periods, Venezuela had overspent on disintegrated diversification projects and social welfare programs that are unproductive. In addition, it failed to manage its resource windfalls effectively and experienced instability in its fiscal expenditures.

The volatility in commodity prices is one of the key causes of the resource curse in countries with abundant natural resources. In a case where a country is heavily dependent on its resource export earnings, any significant changes in the natural resource price on the international market cause a collapse in the domestic market. Natural Resource Funds (NRFs) are arrangements made to stabilise the situation in resource-rich countries and to produce a buffer between changes in the international and domestic market. A Natural Resource Fund is sometimes referred to as a stabilisation fund. Stabilisation funds are designed to reduce the economic impact of commodity price volatility and as a result, improve budget predictability by stabilising spending patterns. They prevent overspending when prices are high and borrowing when prices are low. This is because when prices rise, excess revenues are transferred into the fund but when prices drop, revenue comes out of the fund to cover any shortfalls.

Over the years, other forms of Natural Resource Funds have been created. For instance, the sterilisation fund and the savings or development fund. The goal of a sterilisation fund is to decouple the national economy from the large income surpluses resulting from an increase in the price during a boom period. The accumulated funds are invested in the foreign market rather than the domestic market. Some of the funds are used to purchase stocks and bonds whilst some funds are invested in highly liquid assets. According to the idea mentioned above in the case of a stabilisation fund, some of the natural resource revenues are invested in the country. This method of investing the fund’s accumulated resource revenues serves as both a sterilisation and stabilisation function, as it ensures quick recovery of money if the price of natural resources drops and for covering any deficit created. A savings fund exists to ensure that wealth is kept for the future generations, even after the natural resources are depleted.

For NRFs to be effective, resource-rich countries should have well-established institutions- that is, institutions that are transparent and accountable. In designing a Sovereign Wealth Fund, the following should be considered: (1) legal framework- the fund should have a clear purpose, that is-the purpose can either be a stabilisation fund, pension fund, development fund or a mixed objectives fund; (2) institutional framework and governance- Sovereign Wealth Funds need to be operated independently. There must be a clear description and separation of tasks and procedures between ownership, management and oversight; (3) administration of risks and investments- to minimise conflicts of interest or the leaking of confidential information, it is critical that the fund implement incentives and control systems, as well as high ethical standards for its executives.

The Sovereign Wealth Fund of Norway is the largest in the world with 1.3 trillion USD in assets under management. It incorporates good corporate practices, including an ethics council and risk and achievement reports. The Fund was originally known as the Petroleum Fund and was established in 1990 to insulate the economy from the boom and bust cycles of oil. It provides for future generations’ pensions; prevents overheating of the economy by investing overseas and lessens the dependency on natural resources, which are heavily influenced by output and price fluctuations. Revenues from the oil exports of Norway are not converted into its local currency, thereby avoiding any exchange rate pressure on it and so, the government budget is not dependent on oil revenues. The accumulated revenues in the fund can be invested in the international financial markets. A budgetary restriction prohibits the Norwegian authorities from withdrawing more than the Fund’s annual estimated returns, ensuring prudent domestic use and maintaining the size of the Fund.

Chile’s Copper Stabilisation Fund (1985) was created to stabilise the exchange rate and revenue streams throughout the boom-bust cycle. When the copper price fell below the predicted long-term equilibrium, the difference is passed to the state budget, which helps to maintain resource revenue stability. This fund was later replaced by the Economic and Stabilisation Fund (2006) and the Pensions Reserve Fund (2006). Like the Norweigan Fund, Chile’s Economic and Stabilisation Fund insulates the economy against the effects of both copper and economic business cycles. The Pension Reserve Fund is for future pension contingencies. Some other examples of Natural Resource Funds are Alaska Permanent Fund (1976), Timor-Leste Petroleum Fund (2005), Alberta Heritage Savings Trust Fund (1976), Kuwait’s Future Generations Fund (1976) and Kuwait’s General Reserve Fund (1953).

In dealing with the political consequences of relying on external rents, international non-governmental organisations and international financial institutions have joined forces in recent years to enhance transparency, accountability and public awareness in the management of oil revenues. For instance, financial institutions such as the World Bank and International Monetary Fund (IMF) are using their leverage to encourage nations to provide accurate information regarding resource revenues earned and spent to the general public. In addition, multinational oil companies are encouraged to publish what they pay to the host government. In resource-rich countries, the NGOs have urged the authorities to reveal all their transactions with external extractive firms and their expenditures. Transparency, accountability and public oversight are all fostered in Norway. Government spending and oil extraction contracts are monitored by political parties, the National Parliament and independent oversight councils.

Direct distribution of windfall revenues to the general public has recently been recommended as a way to combat Dutch Disease, reduce corruption, enhance democratic government, and improve institutional quality. This strategy is based on the concept that if people directly benefit from natural resource riches rather than through public works projects or state subsidies, they will make better investment decisions and have a greater incentive to save these windfall rents than government officials. Some argue that direct distribution will further compel citizens to participate in politics and will allow oversight and accountability agencies to monitor revenue movement. There are two types of direct distribution: (1) the Alaska model (Birdsall and Subramanian 2004), in which the interest from the oil fund is immediately transferred to the people, and (2) one that eliminates the requirement for a savings and stabilisation fund (Sala-I-Martin and Subramanian 2003). 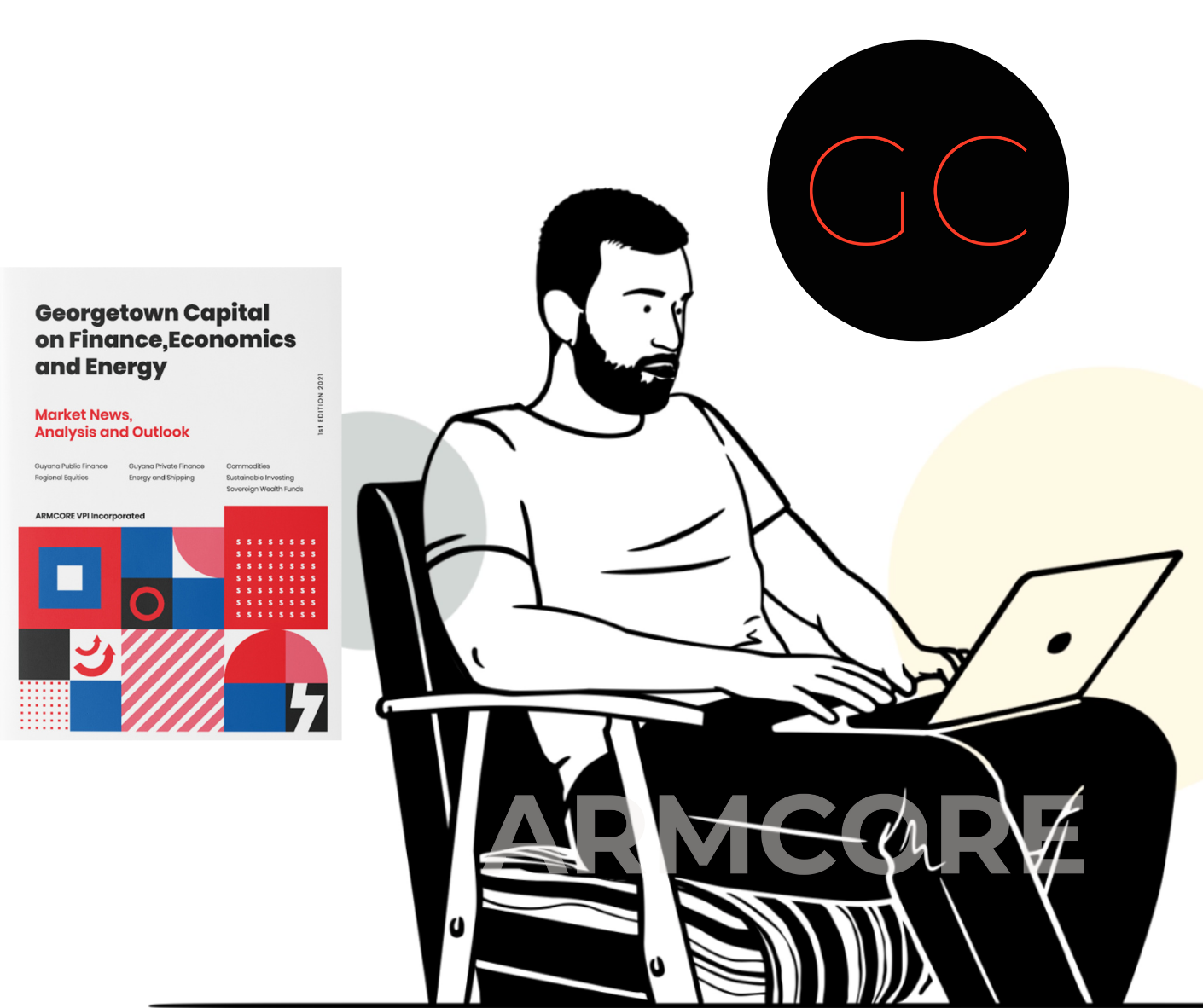